Showing posts from November, 2012
Show all

The High Art of Recycling: Recyclables by Ronald Ventura 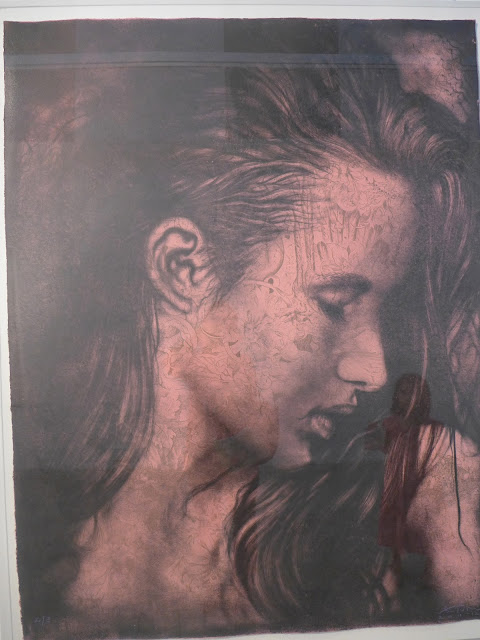 Two years ago, Taatu started talking about saving and greening the planet earth. I was quite impressed that her school started inculcating this consciousness that early (she was in nursery at that time - never too early to start I would say!). Every now and then, she would talk about recycling and making use of throw-away objects - which she does in her own little way, like making use of old boxes and papers and creating what-nots from them, though many times in the process, she would generate more recyclables, leaving behind a mound of mess in the drawing room! (She happily claims she belongs to the messy team in the house, while I, on the other hand, belong to the clean-up brigade).  When I told her that I'd be going to an exhibit of artworks from recycled items, she excitedly said she would go along. So off we went on a wet Saturday afternoon to Ronald Ventura's Recyclables at the Singapore Tyler Print Institute. We managed to catch the latter part of the opening day
Read more 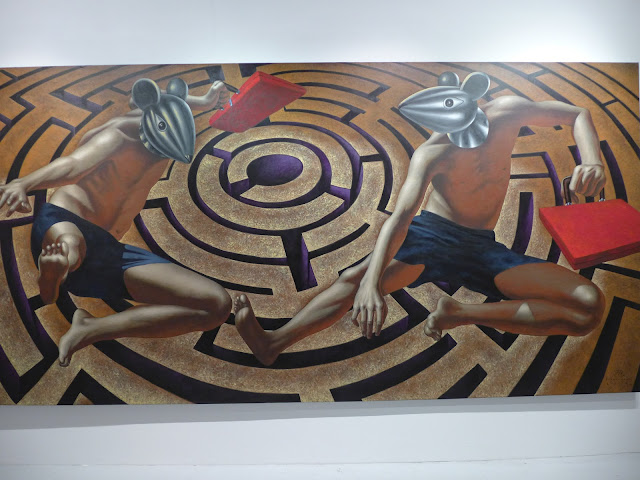 'A maelstrom is a very powerful whirlpool or large swirling body of water.' Maelstrom, part of the Philippine Art Trek series, successfully brought in monumental works from Philippines, and I was hugely awestruck by the immensity of it all! After all, on exhibit are works of art in epic proportions (214x427 cm or bigger)...not the typical drawing-room variety. If paintings could literally speak, then this batch is on super loud-speaker mode albeit the type that vibrates and echoes only with pleasant sound. The messages are rich and multi-layered too - the exhibit being a cross-sectional and cross-generational representation of Philippine art. Altogether Maelstrom leaves a wonderful and uplifting sensorial experience. I've always been in awe at the knack of Pinoy artists in creating deceptively simple visual arts, but which upon closer inspection have profound messages. 'Line Up' (shown below), for example, is neat, neutral, and symmetrical. It is suppo
Read more
More posts