Showing posts from February, 2015
Show all

February 20, 2015
And here's the continuation of my January reads: 2. Gilead by Marilynne Robinson I like Marilynne Robinson a lot. I delighted in the beauty and grace of her prose in Housekeeping , I marvelled at her deep insights about nature, and I was in total awe at how her sentences sing---they are lyrical even if at times they tackle just mundane things. Robinson is heavily admired by creative writing folks, and she has received many accolades that mere mortals like me could only dream of.  It is therefore with such high expectation that I started reading her most celebrated oeuvre  the Pulitzer Prize winning  Gilead . On my first day though, I could not go beyond a few pages and I thought perhaps I was still too deep into the holiday spirit. However, even when the holiday was over, I was still struggling. Because it is not plot-driven, the story lacks action to carry it along.  Moreover, because the characters are almost uni-dimensional (or as one reviewer puts it, boring), there is not
Read more 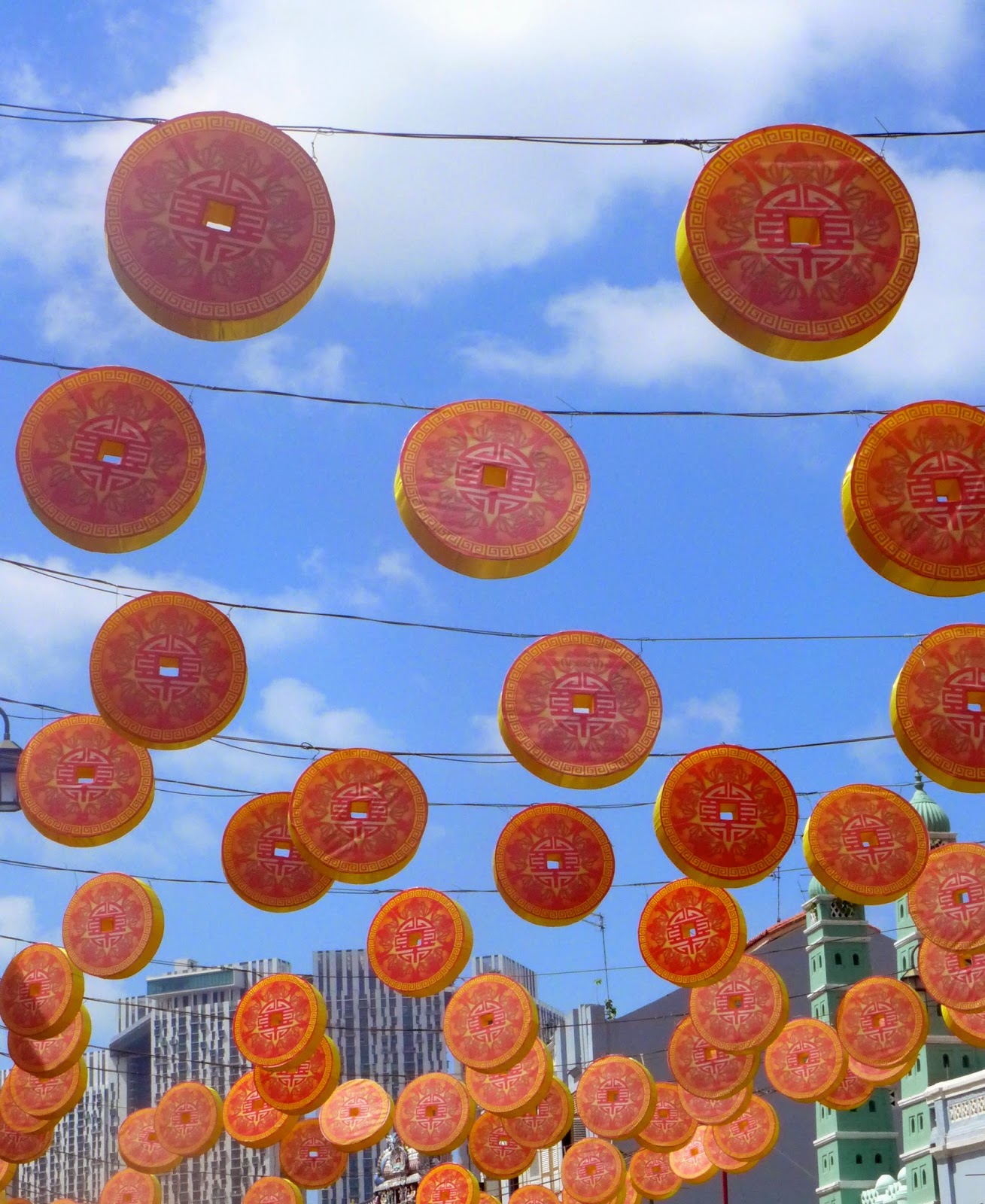 Chinatown is one of the key heritage areas in Singapore, along with Little India and Kampong Glam. I love visiting these areas and discovering new things each time. Today I had the opportunity to visit Chinatown more leisurely so I took more snaps than normal :-)  I started from the corner of Temple Street and walked straight along South Bridge Road, host to these sights: Lunar New Year buntings along South Bridge Road. The oldest Hindu temple in the country happens to be at the corner of Temple Street in Chinatown... more of the temple later One of the streets, Smith Street, is dedicated to all that we love - Food! I remember having tasted the chilliest crab in town in one of the hawker stalls here After a few minutes of walking, I stopped at the Buddha Tooth Relic Temple at the corner of South Bridge and Sago Lane. This was where I spent most of my two-hour "immersion"... I was quite contented simply soaking in the opulence of the place, listeni
Location: Chinatown, Singapore
Read more

Inspired by a BookRiot tip, I've decided to start cataloguing the books I've just read. Unlike in years past, I would say that I've started the year right as far as catching up on reading is concerned (I am a certified book hoarder with shelves of books still waiting to be read!!!). I managed to read three in January...though I must say that not all of them have been pleasurable reads. I'll start with my favourite, one that I genuinely enjoyed reading, Icelandic Halldor Laxness's IndependentPeople, supposedly the masterpiece that secured him a Nobel Prize. Though vast in scope, what makes this book a stand-out for me is largely its remarkable protagonist, the supremely stoic Bjartur, a highly developed character like no other. As the book's introduction has captured well, Bjartur is that immortal literary character not unlike Jay Gatsby (The Great Gatsby) or Gregor Samsa (Kafka's Metamorphosis), a character that sticks with the reader, long after one has
Read more
More posts